Metal Gear Survive is both a bad survival game and a bad Metal Gear game. 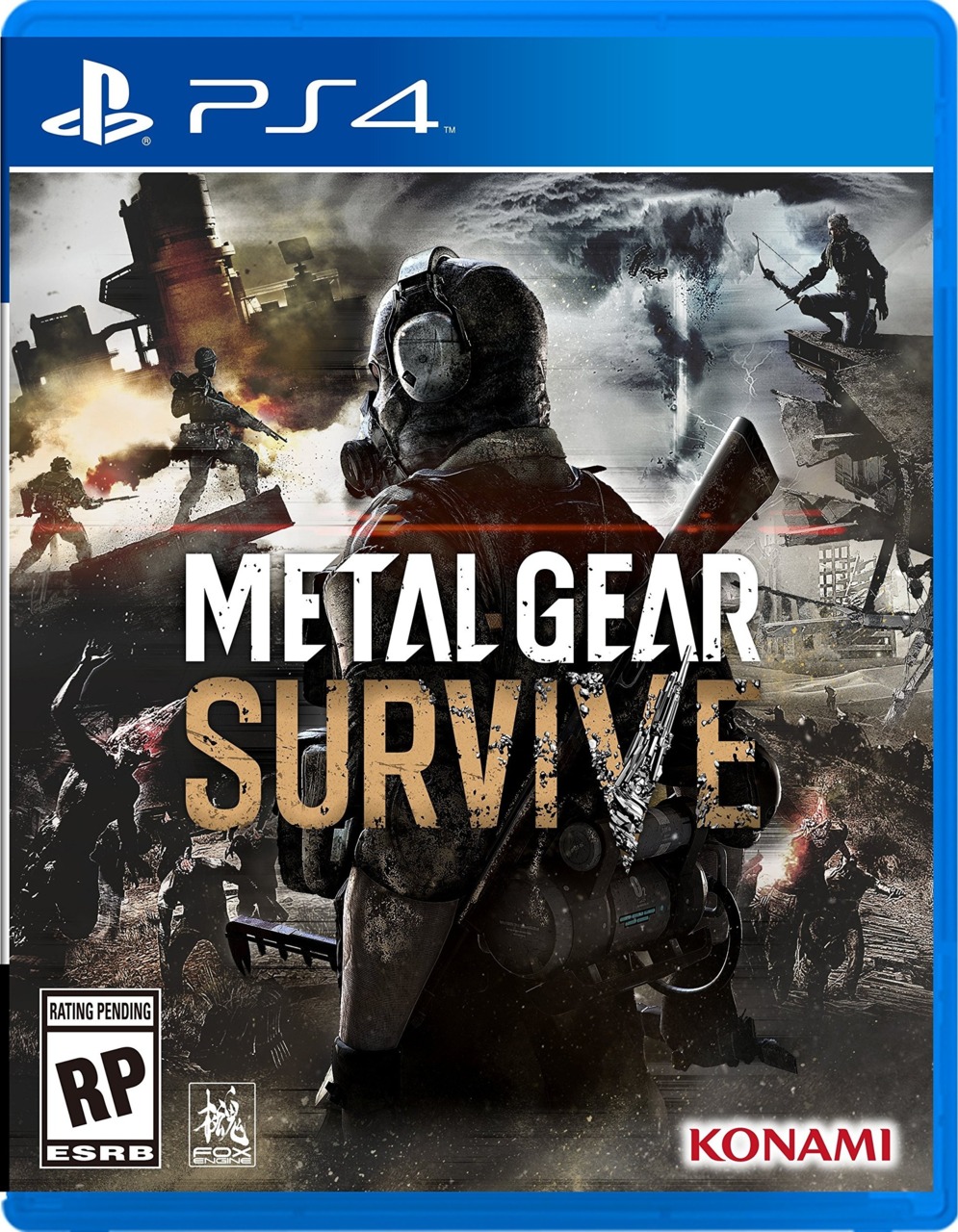 The name on the box attempts to tell you what Metal Gear Survive actually is. That is, it combines elements of Metal Gear with the elements more commonly found in a survival game. The catch is that it doesn't actually take enough of the right Metal Gear stuff to evoke that long-running franchise in a meaningful way while also layering its style of survival with just enough microtransactions and late-game surprise energy timers to make the whole thing feel pretty skeevy. So the end result is a game that manages to be both a bad survival game and a bad Metal Gear game.

Survive feels like a mod of Metal Gear Solid V: The Phantom Pain. It uses the same engine and a lot of the same assets, so the basic look and movement control will seem somewhat familiar. But the scenario and combat is vastly different. Here, you're a created character sent through a mysterious wormhole into a far-off land... is it an alternate dimension? That's one of perhaps two questions the game asks and answers in its story, so perhaps I'll just let that one hang. It should suffice to say that most of the inhabitants of said area are crystalline zombies that aren't too bright, but can become a hassle if you alert a pack of them to your presence. You'll craft weapons to fight them, the most effective of which is a simple spear-type weapon that lets you thrust damage into the zombies from a slightly safer distance than most of the other options. As you play, guns and bows also become an option, but the upkeep on ammo crafting and limited inventory space for bullets and arrows make guns and bows special-use items, best saved for when enemy numbers swell beyond your control.

Upkeep is how Metal Gear Survive earns the "survive" part of its name. All your gear deteriorates, requiring you to collect and expend resources just to keep your existing stuff in working order. You have fairly harsh hunger and thirst meters to keep up, and your maximum health and stamina is determined by your current hunger and thirst levels. So as your hunger meter drops, so does your maximum health. These meters drop quite a bit more quickly than seems reasonable. You'll also venture into clouded, low-visibility areas called "the dust" on a regular basis. When you're in the dust, you also have an oxygen supply that drains until you return to base and refill. Some of these worries get mitigated, but they get mitigated in ways that manage to make them even more of a hassle, not less. You can eventually find and build a portable oxygen station that you can deploy in the world, so you'll only need to return to that point and refill, rather than teleporting all the way back to base from a fast travel point. But once you're forced to run back to a safe zone to refill your oxygen, you might as well just teleport back anyway.

Base-building will eventually get you farms and water collectors, helping to keep your meters filled. But you'll also start recruiting other survivors into your base, which then requires you to supply food, water, and medical supplies directly to the base, so your team can stay up and functioning. It's a system that adds some needed complexity to the game, since without any base-building the game would feel even more pointless, but keeping everything up and running creates a lot of busy work, such as moving water from one inventory closet to another so that it can be "mutualized" for use by your group. The entire post-game is built around this base and finding survivors, making you wonder if the developers of this game thought that stuff would be fun? It isn't.

Metal Gear has been widely known for its over-the-top stories and long cinematic sequences. When compiled in the proper ratios, those two things have combined to make some fantastic Metal Gear games. This one relegates most of its mindless story to static screens filled with character dialog, coming from a cast that can't bring life to the game's lifeless script. The story has very little to do with the pre-existing Metal Gear universe and the areas where it does tie in seem like they're only there to justify the re-use of some old Phantom Pain assets. The few cutscenes that do pop up are light on story content and only serve to remind you that the Metal Gear name used to really mean something.

The game also has a lot of wave-based survival sequences, where you must protect a piece of equipment from incoming hordes for a set amount of time. These parts of the game can really drag in the story, but once you're done with the story, repeating this sort of activity is one of the few things left to do. The game lets you take on these challenges with three other souls, should you want to engage with the game's co-op mode, but back at base you can also set up longer-term survival missions for yourself. These come with timers that last 12 or 24 hours between waves, and the zombies attack whether you're playing the game or not, so if your base defense team isn't very good you'll need to make sure you remember to fire up the game and do it for yourself. The online co-op is far shorter, but not really any more engaging than the solo stuff. In the end, this is the way to get some of the game's best crafting recipes, but once you've finished the story, why would you care about finding shotgun ammo that shocks enemies or a quiver that lets you hold a slightly higher number of arrows? It's wild to see in practice.

On top of all this, the game layers on some microtransactions. Want an additional character slot? That's 1000 "SV coins," which is around $10 in Actual Money. Want to speed up this lame, long timer between the zombie attack waves that comprise the bulk of what I'd probably call "endgame content?" Drop some cash. Want some emotes for the co-op mode that isn't much fun in the first place? They'll sell 'em to ya, no problem. It has all the trappings of a game that should probably be free-to-play, but Konami is asking $40 for it up front. That's a bad deal.

After Phantom Pain was released and the split between publisher Konami and series creator Hideo Kojima became public, some folks lamented that we'd never see another game on Konami's Fox Engine ever again. Be careful what you wish for, I guess.

For more details on our time with Metal Gear Survive, check out the Quick Look embedded above or last week's Giant Bombcast, where the game was covered with some additional, post-Quick Look detail. 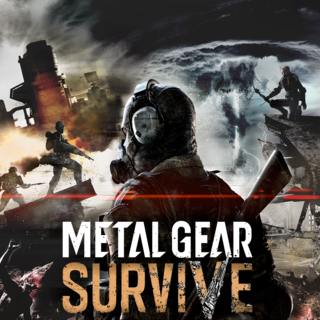 A survival-focused spin-off of the Metal Gear series, as one of Big Boss's loyal soldiers must traverse a hostile alternate dimension filled with zombie-like creatures.